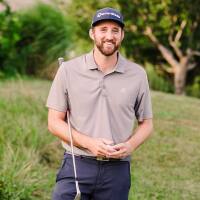 Richard Rice is a Class A PGA Professional. Born and raised locally in Yorktown, Virginia, Richard has spent his whole life in and around sports. With his background and love for sports, Richard decided to study Kinesiology and Sport/Recreation Management at James Madison University, where he received a 4-year degree.

Upon graduating from University, Richard began working at Ford's Colony Country Club where he worked for eight years, holding the title of Head Golf Professional for almost half of that time.

In his free time, Richard enjoys spending time with his Wife, Brittany, and two children, Amelia and Roman.