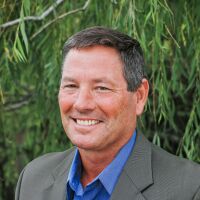 Zeke was born in Pennsylvania and served in the Navy aboard the USS Midway CV-41. He graduated from Penn State University with a Bachelor of Science in Agronomy and Turfgrass Science.

Zeke worked in Edwards, Colorado on 3 courses at Cordillera from 1996 to 1999 and followed that with a position as Assistant Superintendent at Sandpiper Bay in Sunset Beach, NC. Zeke built the newest 9 holes there from 1999 to 2001. In 2001 he moved to Virginia and built the Brickshire Golf Course in New Kent, VA and then grew it in as an Assistant Superintendent from 2001 to 2004.

Zeke started at Colonial Heritage in September 2004, grew in the golf course and now oversees routine maintenance of the course.

He has been married 18+ years with one son and one daughter and enjoys hunting, fishing and boating with his son and playing golf, of course.